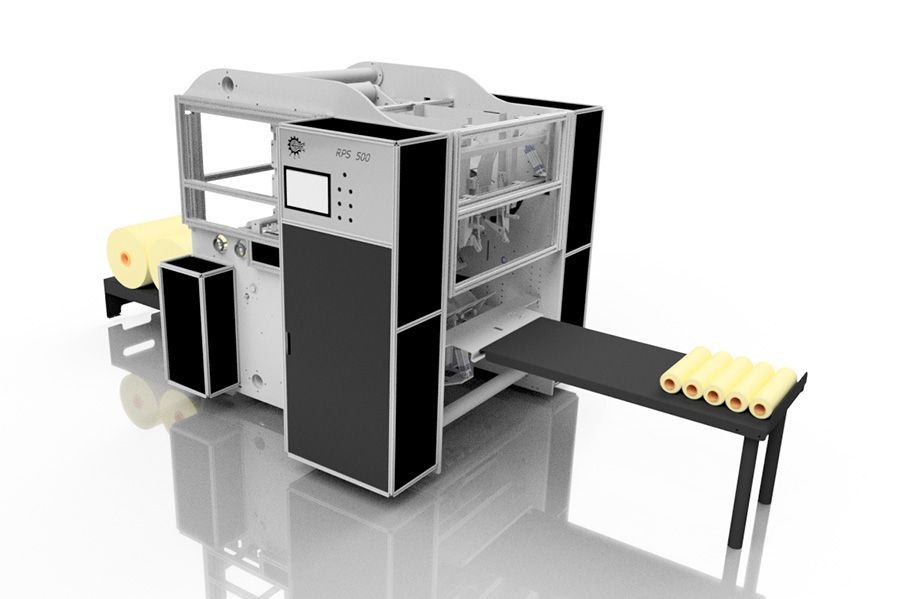 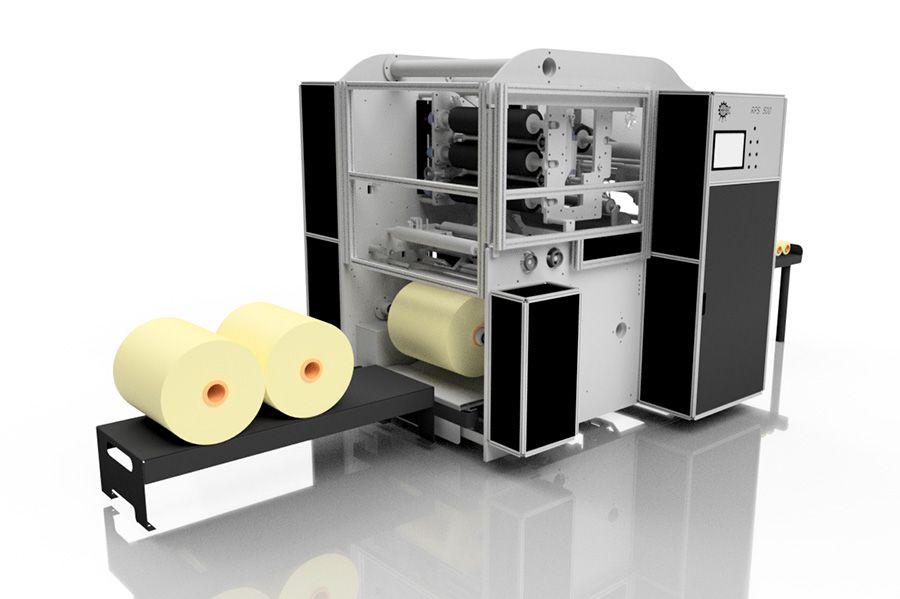 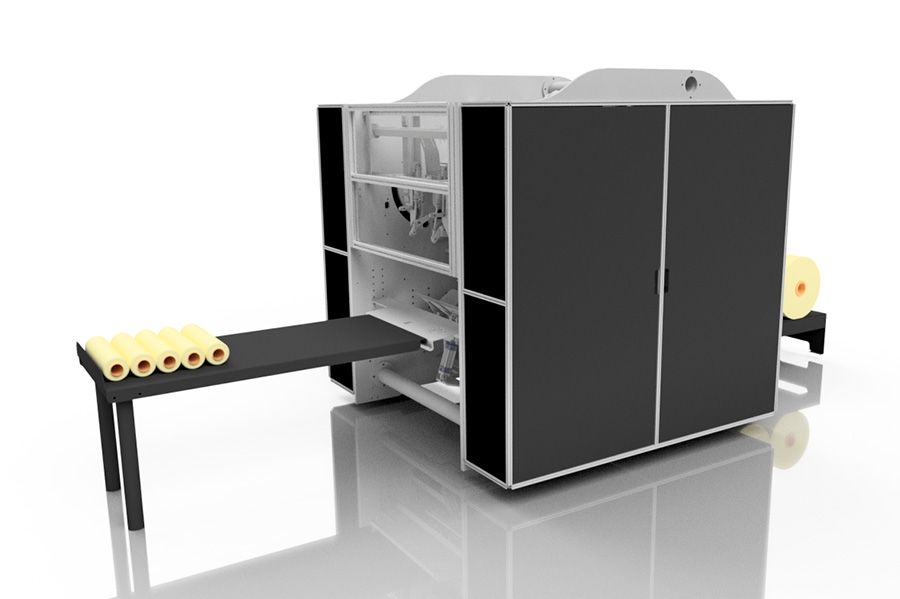 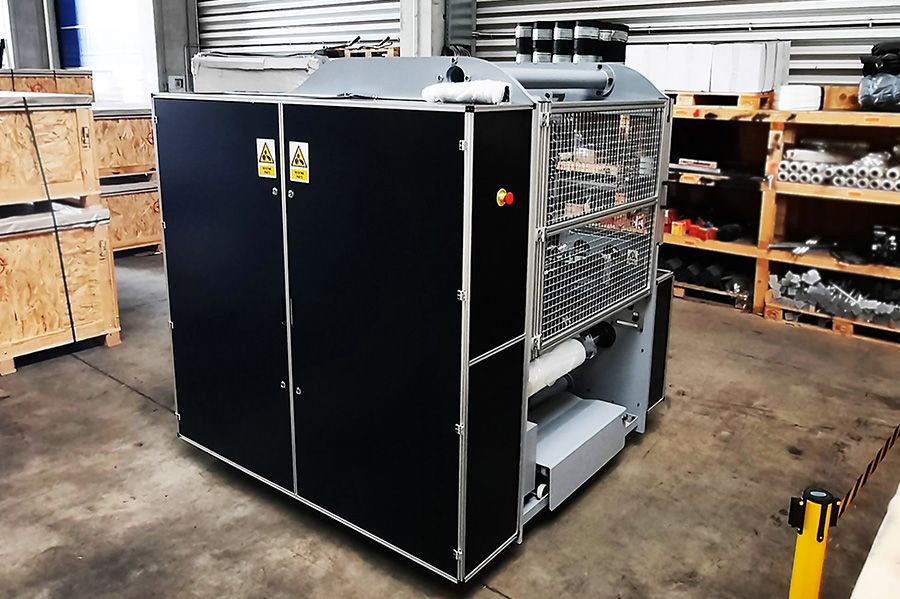 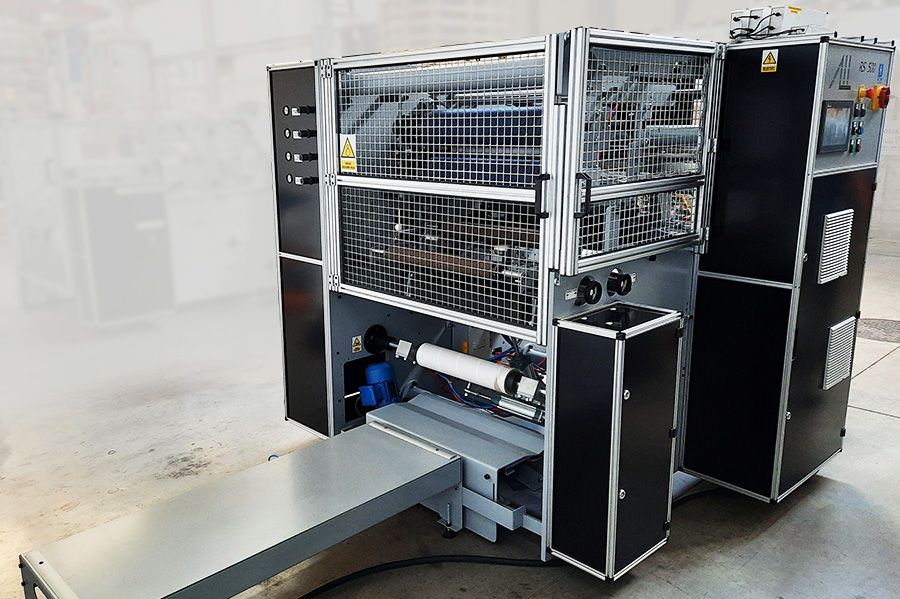 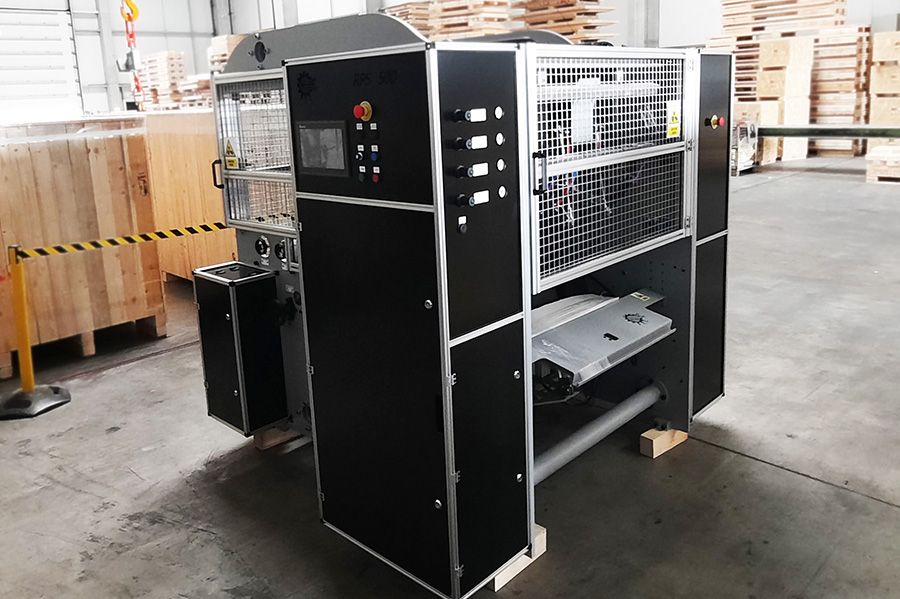 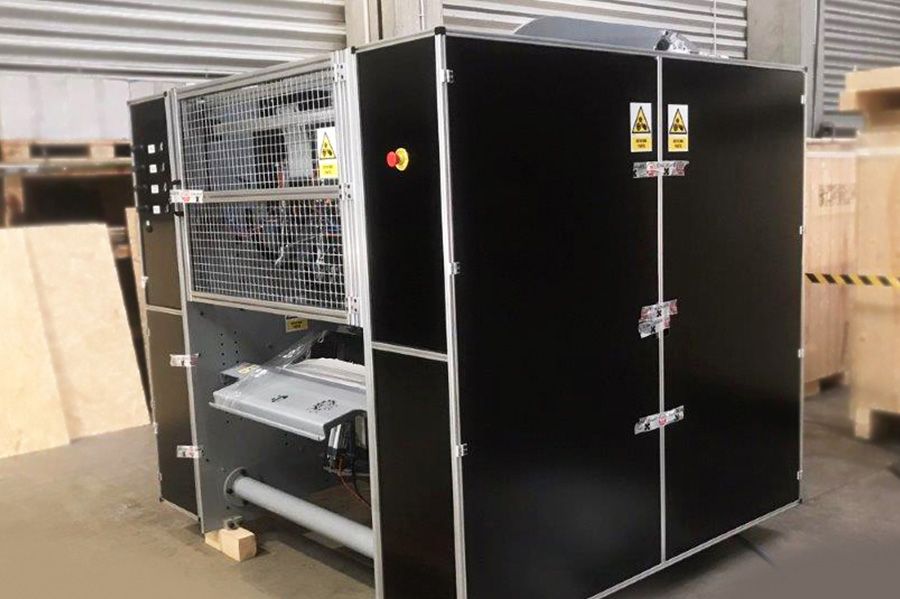 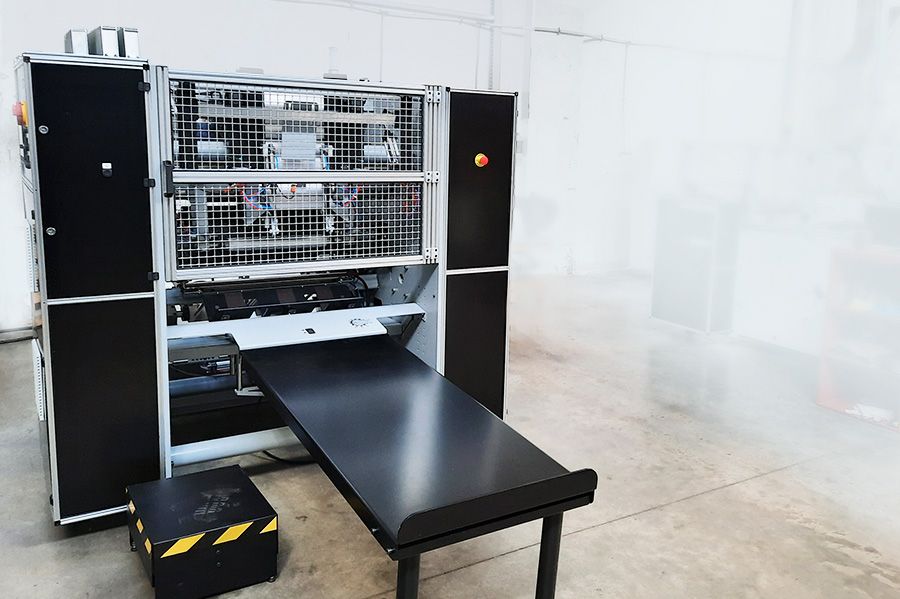 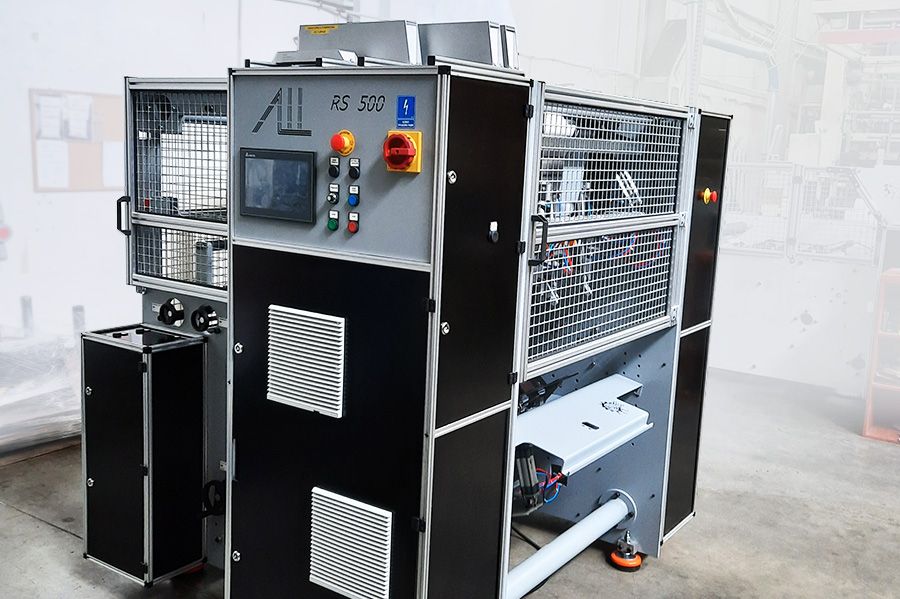 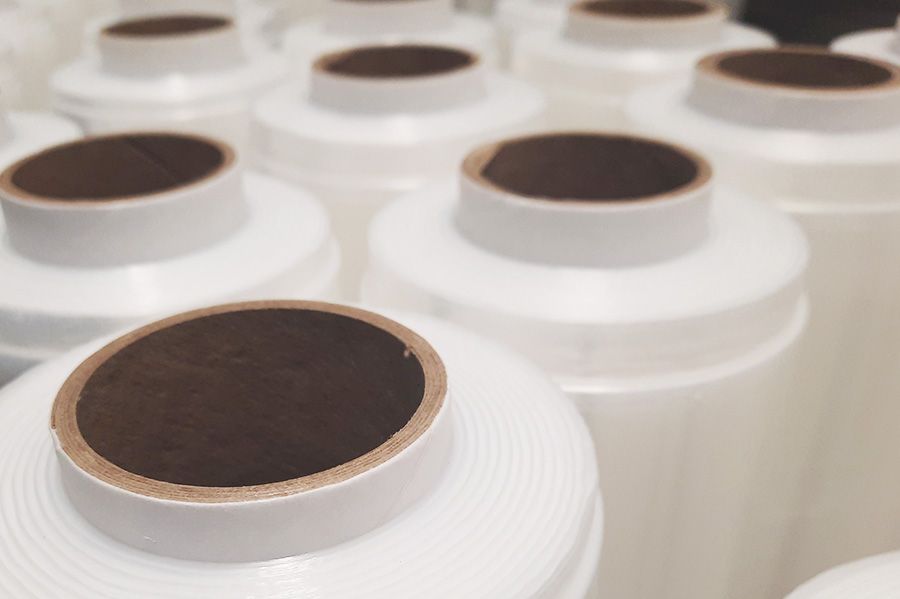 The rewinder is equipped with a four-stage film stretching system, designed by our company ENGINEERING CC.
The RPS 500 rewinder can also produce conventional stretch film, without using the pre-stretch function, it can be used as a traditional stretch film rewinder, function (2in1).
The machine can produce film in manual and machine reels.
The RPS 500 is equipped with a double edges system and an oscillating roll winding system.
Pre Stretch film is a stretch film with a low thickness ranging from 5 to 12 microns.
The film has better performance parameters than standard stretch films.

Switching from standard film to pre-stretch film has many advantages:

● EFFICIENCY – the pre-stretch film in the same volume as the standard film has a length 3 times longer.

● EASE OF USE – does not require strong tension when wrapping pallets.

● ECOLOGY – The film is environmentally friendly, it generates about 50% less waste during packaging.

● Thickness of the input film,

● Quality of the input film.

POSSIBILITY OF MACHINE CUSTOMIZATION ON REQUEST BY INDIVIDUAL CONFIGURATION

It is possible to make a machine according to individual configuration on request. 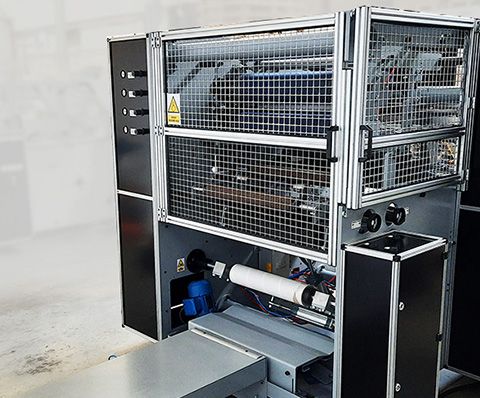 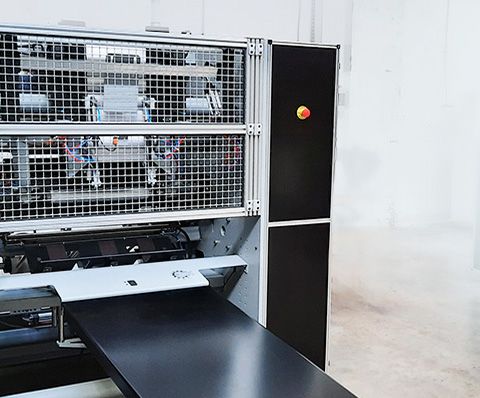 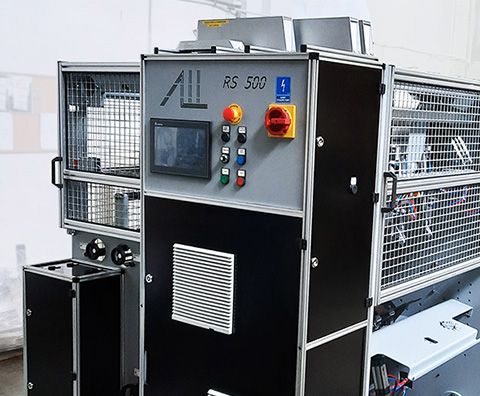 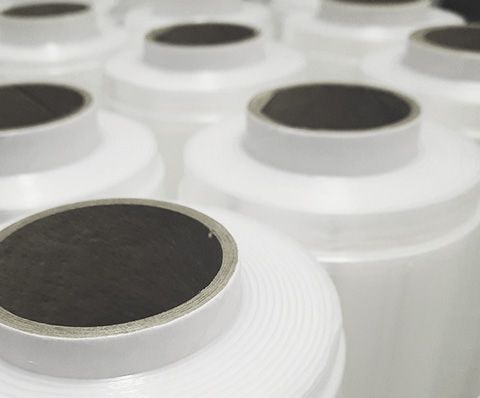 Ask for an offer.